Tribute to an autism dad

There is just something special about the father of a special needs child. 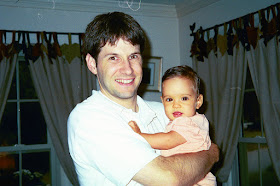 I remember being newly married to my husband and negotiating with him as to when to have our first baby.  It went something like this:
Me: “I want to have my first baby before I’m 30.”
Him: “I just want to see how it goes and enjoy life for a while.”
Me:  “Before I’m 30.”
Him:  “How about we try in five years?’
Me: “Two years”.
Him: “Well, I am not going to make any promises, but we can settle on three years for now.”

So indeed, 3 years later, I was pregnant and I had my first baby at 29.  Life was to be spectacular.  I had a great husband.  We had a cute little house in a great city.  I was in love.  What could go wrong?  Such is the thinking of a 29 year old.

I always loved my husband.  Dearly.  But I never really needed him until we had Marley.  Everything changed in an instant.  The blows just kept coming.  She was premature.  She had a bout of apnea.  She was in the NICU for a month.  She was diagnosed with a severe brain bleed.  I could hardly breathe I was so scared.  Then the therapies started.  And the medical tests. The MRIs.  The EEGs.  And the list goes on…

And there was a new part of my husband emerging.  This man held me up when I could barely stand.  He let me cry on his shoulder endlessly.  He kept positive when all could talk about was how scared I was.  He reminded me of how much we love her and how it would get us through.  I truly don’t know how he tolerated me in those early years.  But the truth is that, things would get much worse before they would get better. 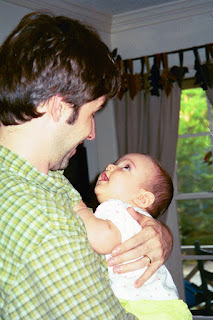 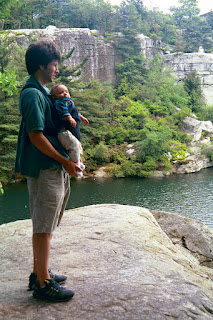 As Marley grew, we were starting to feel a bit better because she was an adorable, sweet, attentive, active baby.  But at the same time, her sensory system was in overdrive.  She didn’t like to be held.  She barely slept.  She always had gastric distress.  We found out at 7 months old, that she had a severe allergy to dairy and eggs.  We did everything we could think of to help her.  So we plugged along, enjoying this sweet, attentive child until everything changed at about 18 months old.

She received her shots…and well, you know the story.  Downhill from there.  We were told to get her into the TEACCH program.  Get her started in OT, in speech therapy, in developmental therapy.  She has a pervasive developmental delay.   (Now, we know that was just code for Autism.)  And again…here came the tears.  The dread.  The fear.

I read about how usually it is the mom who has to convince the dad that something is wrong, and the child needs to start therapy.  But my husband…ever the realist…was right on board.  “We will get her whatever she needs.”  Then he would smile and say…”Just look at her….she is beautiful.  She will have it easier in life than you think.”  I know he was doing whatever he could to make me not hurt so badly. 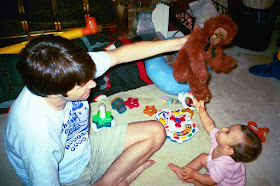 And he did the not so pleasant things too.  The things that come with being an autism parent.  The parent of a sick child.  He changed lord knows how many horribly messy diapers.  He cleaned the poop off the walls.  He held her down when she tantrumed for over an hour at a time.   Several times a day.  And in his rare spare moments, he helped me research what to do about all of it.  He was the one who found the DAN! (Defeat Autism Now!) website and the news about their annual conferences..  And when I said, “I don’t know if we can afford for me to go”, his response was “I don’t think we can afford for you NOT to go.”

My love for my husband was growing, as was my determination to heal my child.  I had a partner in all things autism.  He would not let me do it alone.  If I ever doubted, he would bring me right back to reality. And when I wanted to introduce yet ANOTHER biomedical intervention, he was right there to support me.  He had my back.  The cost was no matter.  He would do whatever it took to bring her back to us.  And his positive outlook is something I still look forward to each day.

Today, Marley is thriving.  As are her sister and brother.  We do not live a typical life.  We have special diets and daily supplements and therapies galore.  But we are fighters.  (Each in our own way.) And we know there will be more battles to fight.  But we will do it together.

So here’s to Chris…We love you.  And we need you.  Thank you for everything you do.

Like I said, there is just something special about the father of a special needs child. 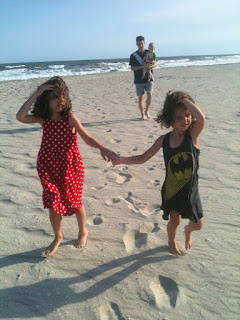